A Man Walks Into a Bar and Encounters a Pirate 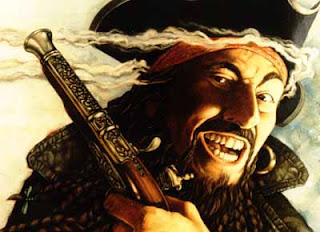 This Yuletide past, a tall Englishman, visiting the former colonies, was wandering in New Orleans through the French Quarter.  It was mid-morning and he was in search of a small pick-me-up. With ne’er a Starbucks in sight, he stumbled upon a small hotel bar.
Entering the gloomy interior, he spied two people already in residence. The barmaid, whose back was turned as she towel-dried a collection of glassware, and a pirate downing a mug of grog.
Seating himself on a stool next to the pirate, the Englishman surveyed him.  Stocky individual, perhaps 30 years of age, looking like he’d been up swabbing the decks all night.  Full pirate garb, puffed sleeves, striped breeches, blue bandana, tall black boots, gold hoop earrings, enormous belt buckle, his belt displaying his arms of cutlass and dagger.
For the Englishman, this was a new experience.  He had never before encountered a real-life pirate, particularly at 10:30 on a sunny morning in the year 2011.  I wonder, he thought to himself, what does one say to such a fellow.
“I say,” he began, “are you in for some swashbuckling today?”
The pirate turned to him, a hard glint of steel in his eye, and responded. “Swashbucklin’  just be another word for a pirate, ye know.”
“Ah, not true,” the Englishman exclaimed, for he took pride in his language and knew an error when he saw one. “Swashbuckling is a verb, and could never be substituted for the words a pirate which are exclusively an indefinite article followed by a noun.”
He had thrown down the gauntlet and would not be challenged to a linguistic feud by a trifling buccaneer, cutlass or no cutlass at his belt.  For he, the Englishman, knew the very definition of swashbuckling, that it meant engaging in daring and romantic adventures with ostentatious flamboyance, and this pirate had the look about him that suggested he had never done anything of the kind.
“Yarr,” retorted the pirate, “I’d not be fully graspin’ o’ the origins of swashbucklin’, but I know it’s somethin’ that pirates do.”
Aha, the Englishman thought, an etymological confusion.  He could set this blaggard straight and explain the sixteenth century roots of the word, but there was something spiteful and foul in the pirate’s expression.  And the fact that the rogue was reaching for his dagger did not make him any further at ease.
“Ah yes, quite so,” the Englishman searched for the right words. “Well, this has been lovely, but I must be getting on.  Tally ho!”
Posted by Steve de Beer No comments:

The Snow Day: An Insider’s Viewpoint 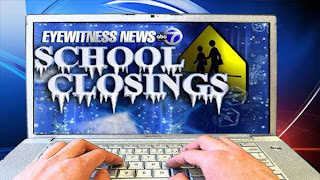 Rainy and Inspiring Days In Seattle 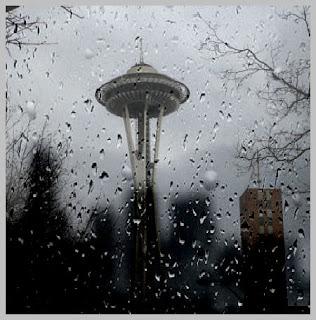 I am grateful to have attended the National Association of Independent Schools conference in Seattle last week.
It was an amazing opportunity to re-unite (and empathize) with first-year colleagues from the Institute for New Heads, the conference I attended in Atlanta last summer, and to be inspired and educated by great speakers.
Several friends have been asking me about my experiences so I thought I would share for all.
The theme of the conference was innovation.  As I wrote in my Among Friends' blog last week, it was inspiring to learn about all the incredible innovation that is happening in independent schools across the country.
In a nutshell, I attended talks by:
Bill Gates (Microsoft), who spent more of his time talking about how his foundation is funding teacher assessment programs - I would have loved to have heard his thoughts on personal innovation.  Too bad - I didn't get close enough to hit him up for a donation!   I thoroughly enjoyed finding a spelling error in one of his slides (learing instead of learning).  Not only that, but I and hundreds of others around me were taking notes on his talk on an Apple computer product.  It’s nice to know that nobody’s perfect.
Pat Bassett (president of NAIS), who highlighted the big shifts on education over the last ten years.  Not just the 5 'C's of 21st century skills (creativity, communication, critical thinking, collaboration, and cross-cultural competency) , but the way the internet has presented amazing ways for teachers to share ideas and use resources.
Amy Chua (The Battle Hymn of the Tiger Mother), who was far more charming and personable than the media portrays.  She talked a lot about the humor in her book and remains convinced of the importance of holding kids to high standards.
John Hunter (subject of the forthcoming movie World Peace and Other 4th Grade Achievements) This is a movie that will be shown on PBS in May - and we should all watch it. He's a humble gentle 35 year veteran teacher who has literally invented a superbly complex game for helping kids understand world politics.  He got by far the longest standing O of the conference - minutes longer than Bill Gates!
John Medina (Brain Rules) Many of you know the book.  An amazingly gifted presenter on the latest brain research and what we know about parenting.
Dan Savage (Savage Love and the It Gets Better project), a Seattle humorist, columnist and gay rights activist who's youtube channel has gone viral in helping GLBT teens feel heard and supported.  A sensationally inspiring presenter.
I also attended seminars to help me learn about successful strategies for asking for gifts for my school and for hiring well.
In between, it was wonderful to network with heads of schools and other independent school people from Colorado and across the country, to visit with Jim Bonney (Educators Collaborative, Friends' head of school search firm) whom I had never met in person, even though we have talked on the phone many times, and to sneak in a lovely lunch with my friend and marketing guru Monique Davis.
All in all, apart from the incessant rain, (c'mon Seattle I was expecting better and did you really have to put your schools on a two hour delay because there was sleet in the air?!) I enjoyed a hugely busy and successful three days.  Great seafood too!
I'm grateful to everyone at Friends' School and Steph Bruno (who's also a great blogger by the way!) for keeping things running so smoothly in my absence.
It's good to be back!
Posted by Steve de Beer No comments: