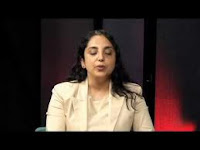 Sheena Iyengar is a professor at the Business School of Columbia University and the author of The Art of Choosing. I heard her speak last week and came away highly impressed by both her delivery and her topic. She spoke at length about her research on choice and about her book in which she aims to help us become better choosers. I was one of almost 4,000 people in the audience who listened to her fluid and eloquent presentation, given with no notes and in complete synchronicity to a slide show that played behind her. There is nothing remarkable about that for a gifted professional speaker who has clearly done her homework and knows her stuff. Except for the fact that Sheena Iyengar is blind.

Diagnosed as a toddler with a rare form of retinal degeneration, this superbly intelligent woman was completely blind at the age of 14. I wonder if she has a strong sense of what an audience of 4,000 might look like. That might be a plus as a public speaker. It might calm the nerves. I found it remarkable how she was able to regale us with stories, quote exact figures from her research, and show both amusing and informative examples to illustrate her point, all in perfect order with the powerpoint she had created. As a budding public speaker who still relies on cue cards highlighted by keywords, I found her talk to be an exquisite paragon of the art.

Iyengar’s talk was about the relationship between leadership and choice. Some leaders are literally born into the role. Others are simply born with bucket loads of charisma and naturally rise to the top, while most of us in leadership positions have arrived there because we have developed the ability to choose well and to enhance the power of good choices for transformative good.

Her book begins with the story of Steven Callahan who, in 1982, was shipwrecked and became one of the first people ever to survive on the high seas for more than a month. He drifted in a small raft, finding his own food and drinking water, for 76 days, ending up on the other side of the Atlantic Ocean from where he started. He says he overcame almost certain death by choosing “to pilot myself to a new life or to give up and watch myself die.” It was the power of his own choice that saved him.

I am proud that the school where I work, and where my daughters attend, teaches children how to make good choices. This is such an important part of our educational philosophy that we actually have a period of the day called “choice time”. And it is exactly what it says it is – a time of the school day when students get to choose what activities they would like to partake in. Teachers put out different types of materials, quite often art supplies, items to build with or glue together, thingamajigs where scientific discoveries can be made. And if a child does not choose to spend time doing one of the choices set out by the teacher, he or she may choose to do something else. Quite often the choices presented are connected to the current area of curriculum study, but sometimes not.

Children who have recently arrived at our school and who have not been exposed to having this much choice in the classroom sometimes struggle to pick an activity and to focus. But soon they learn how to make good choices, how to collaborate and negotiate with their classmates, and how to trust their own judgment. Some of our students come to us from traditional classrooms where they have been told where to sit, when to talk, whom to talk to, when to get up, where to go, and what to do. They are not used to making choices of their own. At our school, we have discovered that, at choice time, children actively engage in the process of defining themselves. They are given the opportunity to make decisions and think for themselves, and they shine.

Isn’t this what we want from our college graduates, from our work force for the 21st century? Don’t we seek collaborators and team players who know themselves, think for themselves, and have great ideas? That’s what I want for my own children.

Iyengar spoke of the vast differences in how certain cultures perceive choice. For example, Anglo-Americans crave individuality and feel empowered from having more choice, while Asian-Americans tend to value choice less and have deeper trust of group norms. She also warned that too much choice, as all parents can attest to, can be detrimental. Have you ever taken a small child to a good-sized grocery store and asked them to pick out a snack?

However, she highlighted one study that she had done, in which two groups of children were given anagrams to solve. One group was given the choice of several topics that the mixed-up words were about. They were also allowed to choose which pen, out of five different colored markers, they wanted to write the answers with. A second group was given no choices – they were assigned the topic and the pen. Not surprisingly, Anglo-American kids who were given the choices performed two and a half times better on the test than their peers with no choice. Interestingly, Asian-American children performed significantly better when told that their topic and pen color had been chosen by their mother. All great evidence of the power of choice.

It is clear that effective leaders today have to be dedicated practitioners of the art of choice. They have to understand the people they lead and work with them to give them the right amount of choice to empower them. Sheena Iyengar herself was dealt a rough hand in the game of life, a disease that robbed her of her eyesight. She chose to rise above it, to become an expert in her chosen field, and she chose to shine.


The Art of Choosing by Sheena Iyengar, published by Twelve, an imprint of Hachette Book Group, 2010. A link to her website appears in the left column of this blog.
Posted by Steve de Beer