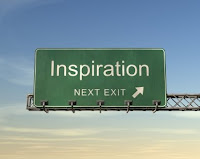 My eye had been on the prize for more than ten years. Over a decade of planning and anticipation, of maneuvering in place to claim the reward. After thirty-seven years on the job, the founding head of my school finally announced her retirement and I knew I had put myself in great position to assume the mantle.

I alone, I believed, had the vision to carry this school forward for future generations. I knew the philosophy like the faces of the children I taught. I had built excellent relationships, not only with the students and faculty, but with the movers and shakers in whose hands this decision lay. I understood that this school had a spirit like no other. I embodied that spirit and I was uniquely qualified to articulate it and give it opportunities to thrive. I had the energy and the passion to be the leader and the visionary whom the school was seeking.

The search committee asked for a cover letter and references. I gave them a portfolio to knock their socks off. It was indexed and cross-referenced, a feast of essays, anecdotes, photographs, and dozens of letters from every corner of the community. I hand-delivered it to the committee chair, feeling like all he had to do was hand me the keys to the new job. I bought a fine suit and aced the first interview, dazzled them with charm, knowledge, and grace. I was confident and proud to be taking over the reins.

A second interview never came. The chairman of the board called me the afternoon that school was out for winter break. Not qualified. Better candidates. Lacking the experience. I was numbed into silence. And then I collapsed. Hurt, devastated, I let out my anguish. Ten years of built-up anticipation and preparedness came crashing down in the space of a single phone call. This had been the grand plan. There was no other. Humbled and dispirited, I later watched as other candidates were paraded in front of the faculty. I could hardly stand it.

Before the school year was over, the intense pain lifted and a voice called out. “You’re not an administrator,” it said, “you’re an artist!” And I listened. Over time, the voice became clearer and more playful. It told me of a new path. A path of theater and of writing. It convinced me that leading a life of meetings and long range planning, of financial analysis and the buck stopping here was not for me. I like our new Head of School. He’s a good guy and clearly the best man for the job. I thank divine spirit every day that I’m not wearing his shoes.

Instead, I create. I bring stories to life. Three weeks after the phone call, I took my family to a pottery studio for my daughter’s birthday. I wrote about the experience, my first piece of creative writing in twenty-five years. I read it at the Deadbeat Coffeehouse and before I knew it, I was in the newspaper. I’ve been writing ever since. There are so many stories to tell, so many words to share.

I bring stories to life on stage. I write, adapt, direct, envision. Seeing thirty or one hundred and thirty kids act, with common purpose and joy, on a play that I have guided onto the stage is truly an awe-inspiring experience.

I am a writer and I remain ever thankful for the twist in the road and this creative life that is my prize.
Posted by Steve de Beer

I commend you for writing this piece. It took great courage and insight to come to this road in your travels. Bravo Steve!