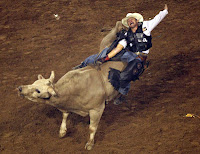 The Coliseum. That ancient arena, still standing proud amidst the modern city that surrounds it. I’ve heard the legendary stories about this place. How in its long and fabled history, it has been the site of great public spectacles, both comic and tragic. How generations before me have witnessed mighty clashes between man and beast, each contest rife with the threat of injury or death. How great leaders of their time have stood and acknowledged their people. I’ve heard tell of the thrill of the chase and the roar of the crowd. And now here I was, about to enter its hallowed halls.

I left the horses, turned towards the imposing structure, and crossed under the viaduct. I grabbed my daughter’s hand as the crowd swelled, its energy pulsating with anticipation. These were real men they were going to cheer on, warriors at the top of their game. We passed the vendors cooking meat over open flames, entered the gates and climbed to take our seats at the top of the stadium, gazing down on the dusty arena below. My child and I had not attended an event such as this. We were first-timers, here at the National Western Stock Show in Denver, Colorado, at the Denver Coliseum, heading to our first professional rodeo.

I had no idea what to expect. I had some vague notion of bucking broncos and country western tunes. I was astounded by what greeted me. Laser lights, fireworks, and stirring classical music filled the air. Horses galloped in formation in the darkness, their bridles and riders silhouetted in neon. Stagecoaches rumbled, clowns hammed it up, and the great American buffalo appeared suspended twelve feet off the ground. This was a spectacle indeed and the crowd roared.

How was it, I asked myself, that I had lived just a few short miles from the Stock Show grounds for twenty years and this was my first rodeo?

As the real business of the rodeo began to replace the theatrics, the throng of spectators became more and more animated. I began to lose interest. Grown men on horseback leapt from their mounts to wrestle small cows to the ground and missed half the time. Some women raced their horses around barrels, others were paraded out as rodeo queens. I checked my watch. By rule, the guys riding the bulls lasted no more than eight seconds. The ropers sometimes caught their prey and sometimes didn’t. I struggled to appreciate the sport and didn’t care who won. The crowd expressed their pleasure with ever-increasing voice. They waved their hats and celebrated their champions. I wondered what was for dinner.

After moving to Colorado from England, I’ve been living in the American West my entire adult life. While not yet a United States citizen (a story for another day), I believe I have assimilated into this American life quite nicely. I have learned how to drive on the right. I walk on the sidewalk and drive on the pavement. I’ve got used to commercials (didn’t they used to be called ‘adverts’?) every three and a half minutes. I enjoy ice cream cones stacked three scoops high, with sprinkles on top. I occasionally pronounce the letter ‘r’ at the end of words and I’ve lengthened my vowels. I love American theater and movies and I have figured out the oddity they call baseball.

But this professional rodeo was something new entirely. Here were thousands upon thousands of my neighbors, people I’ve lived alongside for years, who understood and loved with a passion something of which I had no clue.

I guess I’m still a stranger in this land.
Posted by Steve de Beer