In Search of Exploration 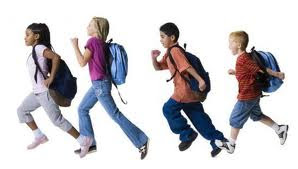 9:16 a.m. on a chilly October morning in Denver. A class of elementary school children is nervously awaiting the arrival of the city bus. The bright sunshine has them squinting on the southbound side of the street. A few attempt, without success, to get a passing truck driver to sound his horn. They hold bus tickets in their hands and on their young backs, backpacks filled with all the supplies they are going to need this day.

Today’s the day they’ve been waiting for, the grand adventure. They have been planning this for weeks. They know what is expected of them. They know their responsibilities. For they are Explorers and they are setting off into the unknown.

Back in the classroom, they have studied some of the great explorers of the past – Leif Erikson, Christopher Columbus, Henry Hudson, Ferdinand Magellan. They learned the facts but greater questions arose. What was it like for these stouthearted men and their crews? Did they know where they were going? What would happen if their supplies ran out? Why was there mutiny? Could they find their way home again? Outstanding questions from a group of eight to eleven year olds. Today they are going to find out some of the answers for themselves.

Their teacher has not told them where they are headed or how long they’re going to be. He has told them that they will be traveling to a new place, a place where they will find a different environment. They will be seeking the unfamiliar. They might stumble upon a new species of plant or animal or, if they are lucky, native peoples. They will be searching for clues, evidence that life has been there before them, and might still be there now.

The children are arranged in groups of four. They have picked names for their group – The Almighty Explorers, The Dodo Birds, The Exploring Rocks, and more. They have decided which task they are going to pursue out in the field – looking for plant, animal, or human life, or making maps. They have determined what materials they might need for their pursuit, and they have packed accordingly – home-made bug catchers, affectionately known as pooters, magnifying glasses, nets, cameras, clipboards, and all manner of recording equipment and writing tools. And lunch.

Lunch has been a big deal, a point of negotiation for some time. The teacher gave each group $9.48 and set them loose in the neighborhood grocery store. This wasn’t the time to go for the pre-packaged Lunchable. No one could afford it. This was a time for debate and dispute, for concession and compromise. Lively discussions ensued about the number of slices in a loaf, the number of ways you can split an orange, and whether the bakery department would hand out free cookies to cute kids from the school next door. (They did.)

The bus pulls up in a fit of hydraulics, a look of disbelief on the face of the driver and despair on the faces of the listless passengers. The children take up every available seat. This is a first ride for many of them. Most arrive at school each day by car.

They’re off. Some are amazed to see familiar places fly past the window from this higher vantage point. One or two easygoing commuters engage the kids in friendly banter. “Where are you all going?” They don’t understand why the children don’t know. “We’re going exploring!” and the passengers sense the excitement around them.

The bus threads its way out of the neighborhood and into new territory. Some kids are taking bets on where it will stop. Natural questions arise. “Will we have enough to eat? What will we find? Are we there yet?” Some kids nervously watch the landscape rush by. Others engage in carefree conversation about last night’s Dancing With The Stars. One or two pull out books and read.

After twenty-five minutes or so, the teacher asks one young boy to tug on the rope. This is their stop. This is a new part of town. The kids don’t recognize the place. The bus pulls up and the class piles out with shining eyes and wagging tongues. They wait for the bus to pull away with a mighty snort. They cross the street, and head down the hill for three hundred yards to their destination.

A vast array of early spring green awaits them. Trees snake along a stream awakened with fresh water from nearby melting snow. Open grass areas give way to manicured baseball fields. A jogging path winds around a children’s playground, following the stream, crossing it at a couple of points, forking into two and re-uniting far off into the distance. This is one of the larger parks in the city park system well removed from the usual stomping grounds of these children and their families. The perfect place to Explore.

The separate groups meet to strategize. Where are the best places to find animals and plants? Where is the optimal spot to begin making maps? Is our teacher really going to make us interview complete strangers?

A couple of groups head down to the stream. They immediately launch their nets into the shallow water. Great shouts of joy reach those on the banks. Creepy crawlies are being sucked up into pooters and scooped up into jars. Critters who live in, on, and under the water abound. “Look! Look what I caught! Wow! That’s amazing. Look at this one! Ugh! Gross!” Tennis shoes sink in the mud. Someone accidentally nudges a friend into the water above her ankles.

Another group tramps through long grass in search of bigger animals. Will they find a rodent or a nesting bird? They’re looking for new and interesting plants, species they haven’t ever found in their own backyard or playground. The small stream winding its way through this park should provide plenty of opportunity. Armed with clipboards and colored pencils, they settle in to draw what they see, to document, to create a record they can bring back to school without taking what they find.

One intrepid band sets off to talk to the natives, local people using the park for recreation. They find dog walkers, joggers, tennis players, mothers of young children at the playground. They approach and are pleasantly surprised at the natives’ friendly and open manner. They learn about the neighborhood and how frequently the park is used. They whip out measuring tools and graph paper and begin to map the area to scale. They plot exactly where the encounters occur.

After an hour or so, the teacher calls the class together. Children emerge in small clusters from the long grass, from behind the playground, from the clump of trees in the far distance. Classmates greet each other and share their adventures with passion, no one group waiting long enough to hear another without jumping in and interrupting. There is the story of the lady who has walked her twin Scottish terriers in the park every day for a decade. There is a tale of the curious black and white ducks who fled into deeper water at the approach of The Dodo Birds. There is the disbelief and debate whether the distance across the park from east to west is greater than the perimeter of the baseball field. And there is lunch.

Backpacks are opened. Provisions are divided out. Portions are controlled. “If we each have two slices of turkey in our sandwiches, there’ll be one slice left that we can split up. Let’s feed our crusts to the ducks. Hey, do you want to trade half my apple for a cookie? You didn’t even pay for that cookie, it was free!” There is even a suggestion from one of the kids to pick up trash after lunch, to leave the place even better than they found it. Motion carried.

The teacher eventually glances at his watch and calls his adventurers to gather together . He is proud of his gallant party of Explorers. Mission accomplished.

There was no mutiny. No one went hungry or abandoned ship. Throughout the day he heard the questions of scientists in search of knowledge, “Why, what if, how, what do you think, let’s try?” He heard the language of cooperation, “Come on, let’s go, do you want to try, let’s do it together!” He witnessed writing and reading and math and social studies and science and thinking and collaboration and trial and error and pushing out of the comfort zone and laughter and teamwork and success.

The band of explorers winds its way back up the hill to the bus stop. The children climb slowly aboard and flop into their seats. And they wonder, “What does tomorrow have in store?”
Posted by Steve de Beer